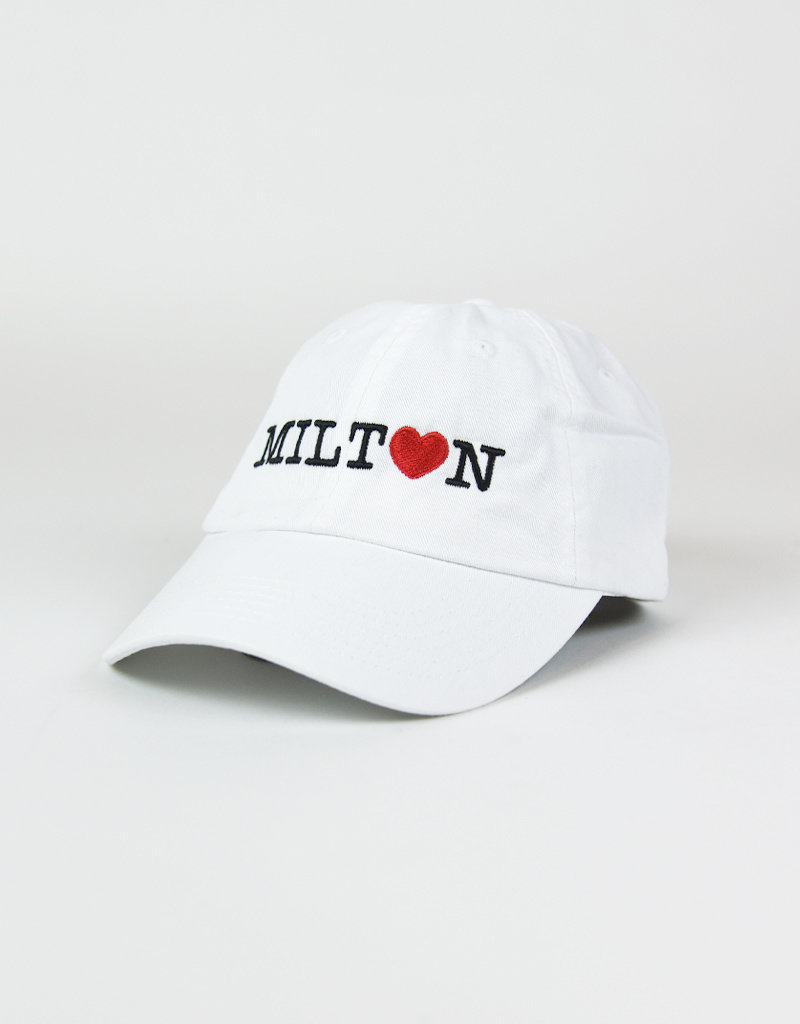 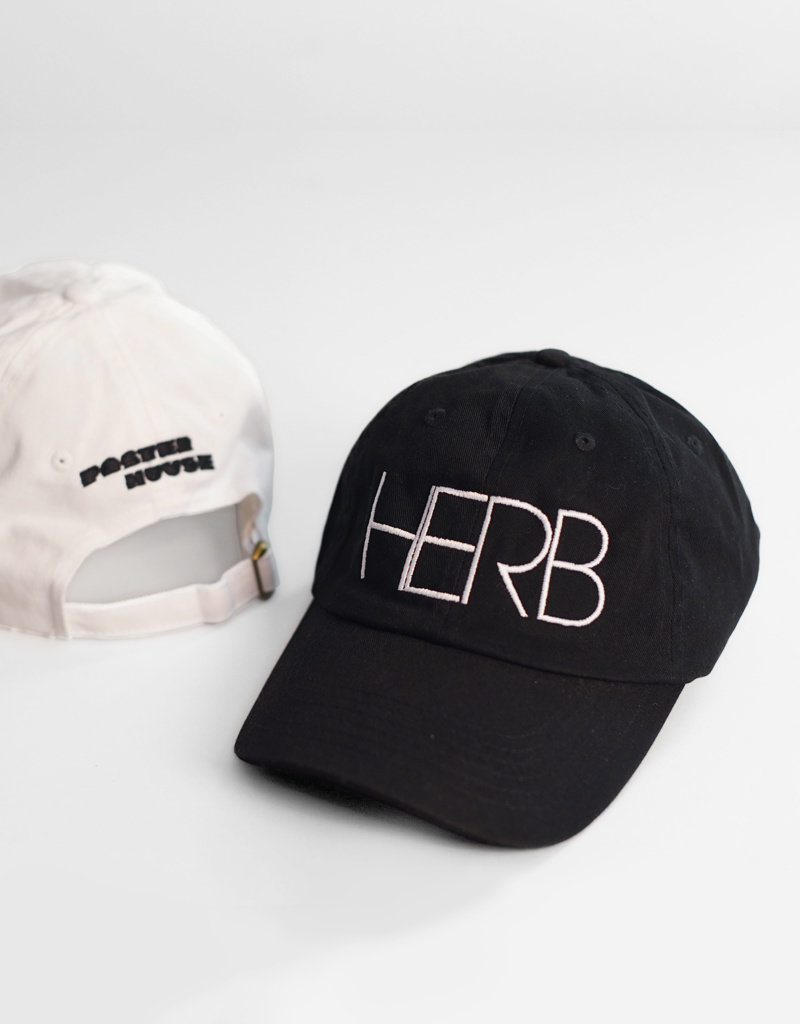 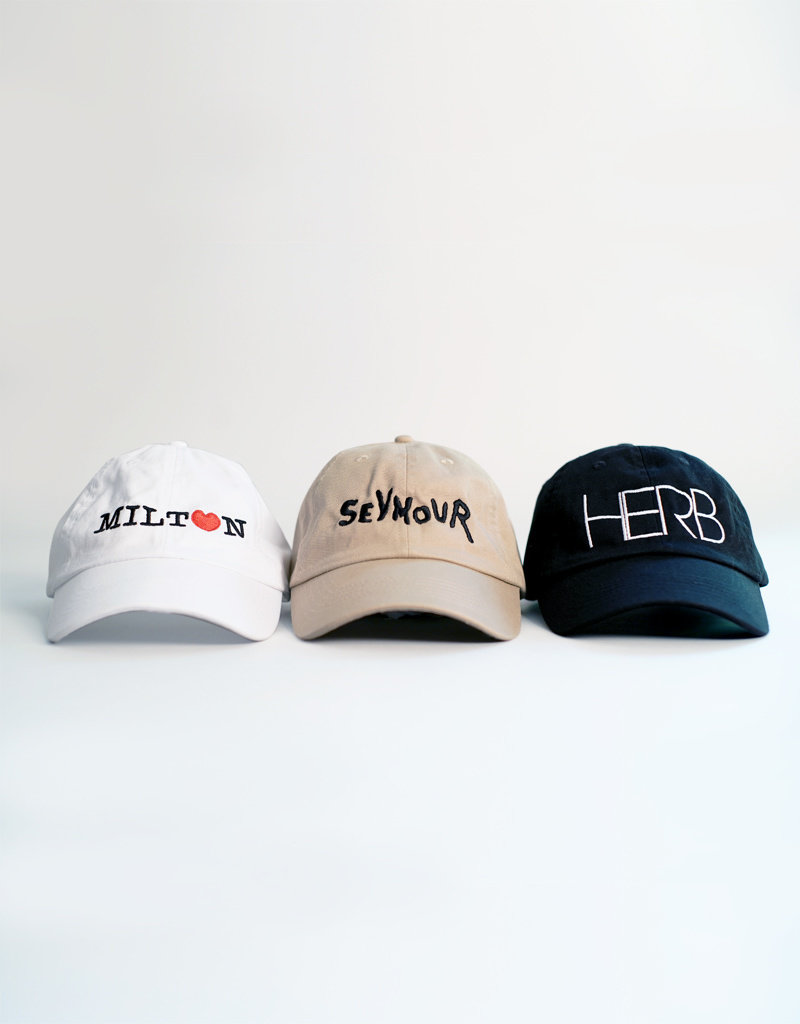 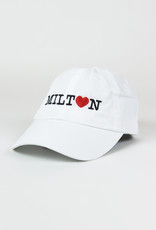 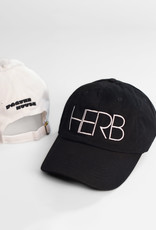 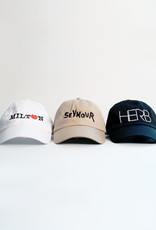 Milton Glaser is a legendary poster designer known for iconic images such as I NY and Bob Dylan’s colorful album silhouette.

You can see all three of our Fathers of American Graphic Design Caps featured in Creative Review!

Easily considered one of the greatest living poster artists, Milton Glaser (b. 1929) was one of the founders of Push Pin Studios, along with Seymour Chwast. Glaser also co-founded New York Magazine in 1968 and went on to create his own famously well regarded studio. Over the course of his career he's created many beloved posters, such as his phychedelic Bob Dylan image. His most iconic contribution may be the 'I love New York' logo, with the red heart replacing the word love. You can still see his poster work as part of SVA’s subway advertising campaign. 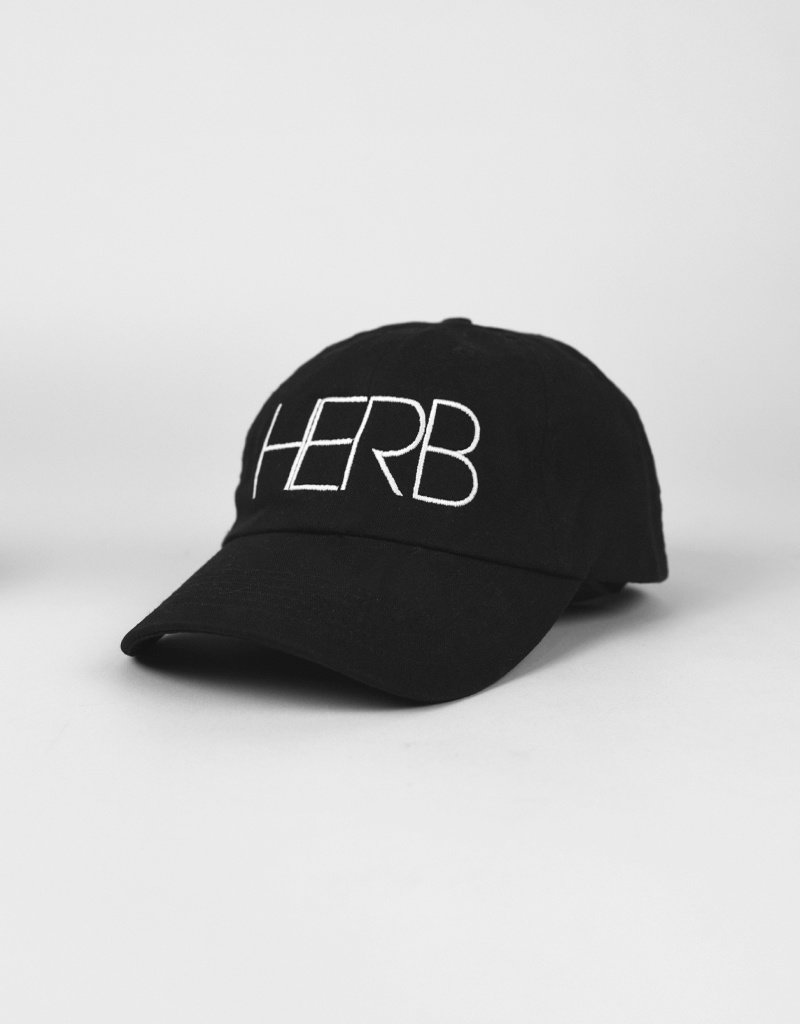 Herb Lubalin was a rule-breaking graphic designer best known for the font Avant Garde. He changed the course of design by using words as images
Add to cart
Fathers Cap: Herb
$20.00 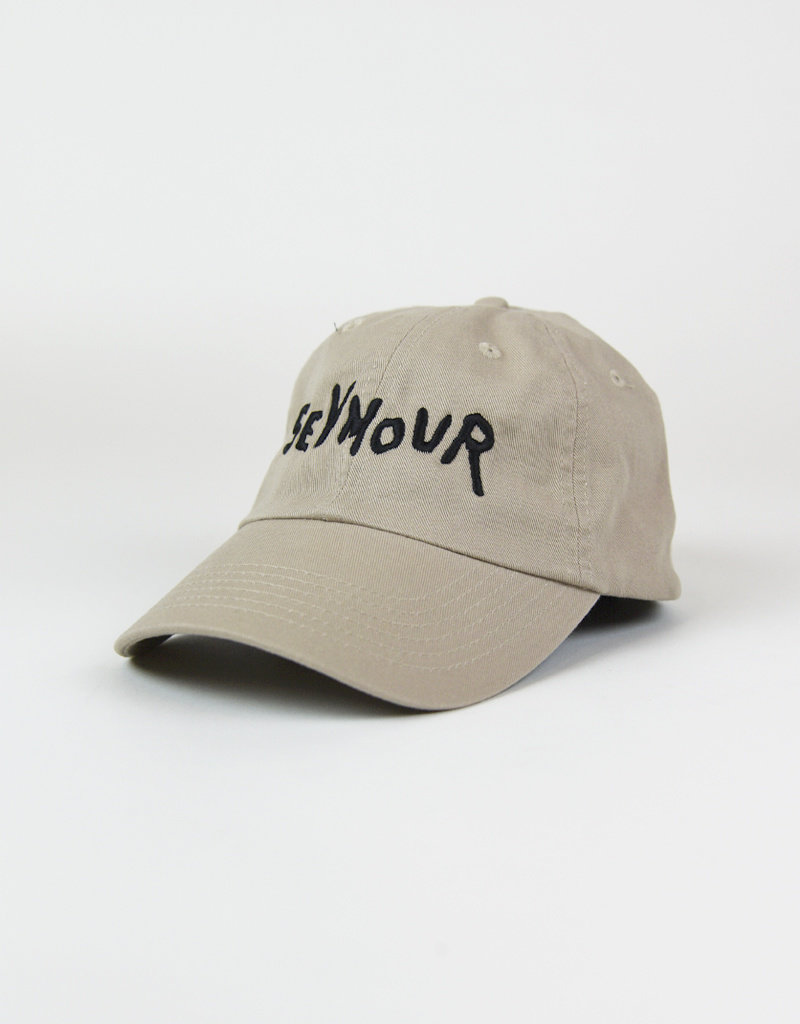 Seymour Chwast is a co-founder of Pushpin Studios which brought illustration back in vogue in the 1950s and 60s. Best known for his anti-war graphics such as the “End Bad Breath” poster and At War With War book.
Add to cart
Fathers Cap: Seymour
$20.00 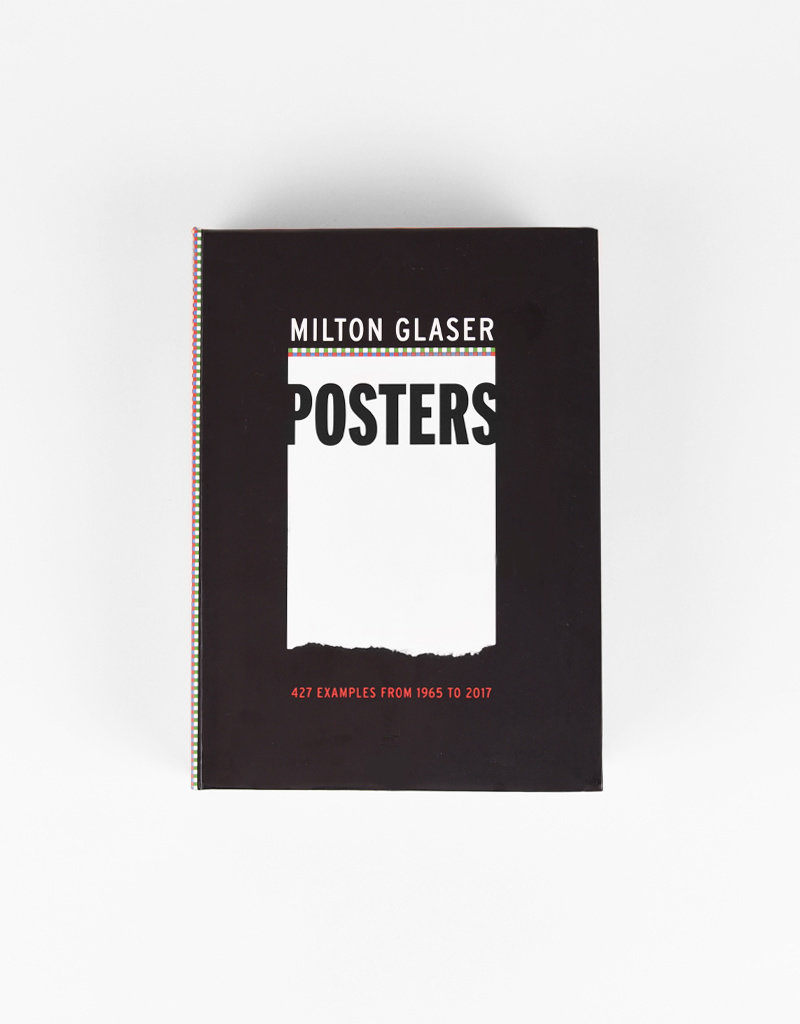 Milton Glaser’s posters—more than 450 since 1965—combine conceptual rigor and originality with a mastery of visual language and a high level of artistic expression
Add to cart
Milton Glaser Posters
$29.99 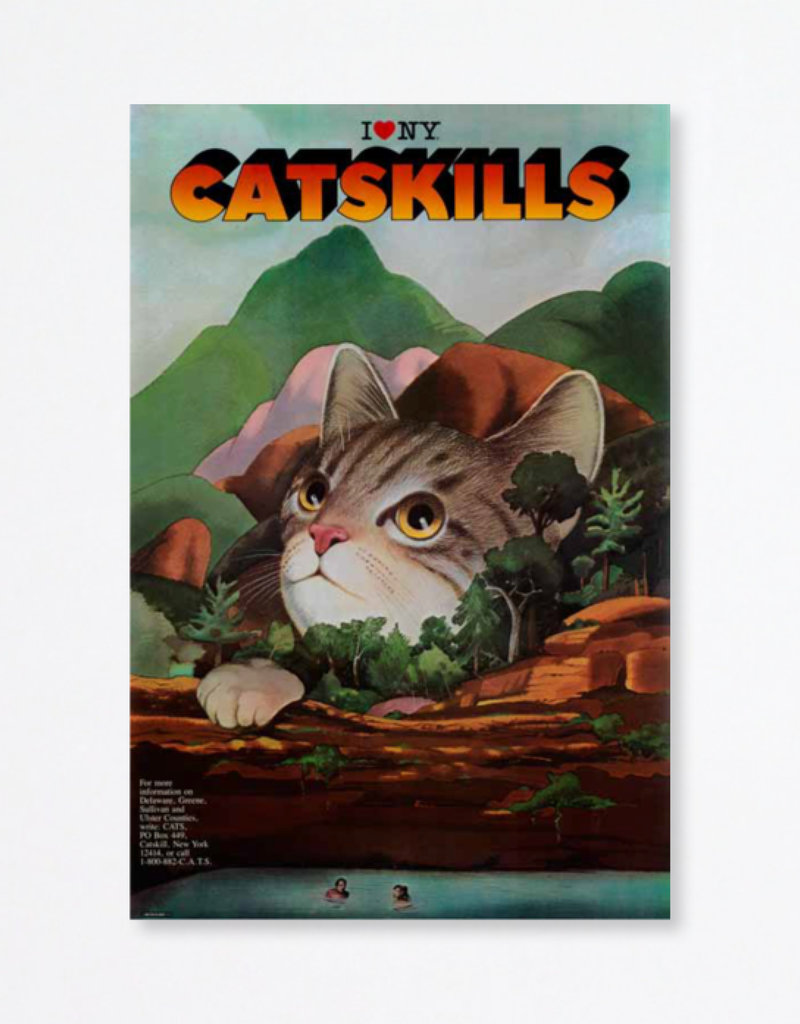 This poster is one of the most popular iterations of Milton Glaser's I love NY Catskills designs, produced for the New York Board of Tourism
Add to cart
I Love New York Catskills Poster
$200.00