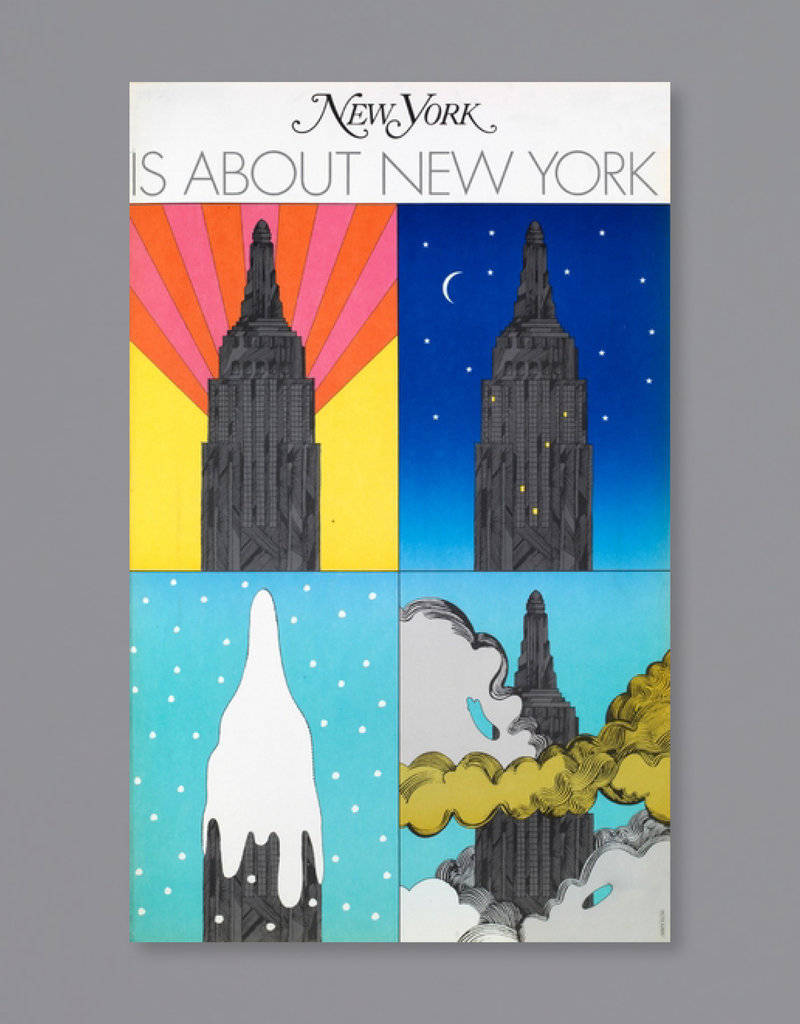 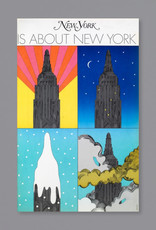 This poster was created to announce the inaugural issue of New York magazine's new format, featuring four views of the Empire State Building.

Milton Glaser (b. 1929- 2020)  co-founded Push Pin Studios with Seymour Chwast in 1954 and New York magazine in 1968. From his psychedelic silhouette of Bob Dylan, to the I Love New York logo, Milton’s works have been pivotal in defining American visual culture.