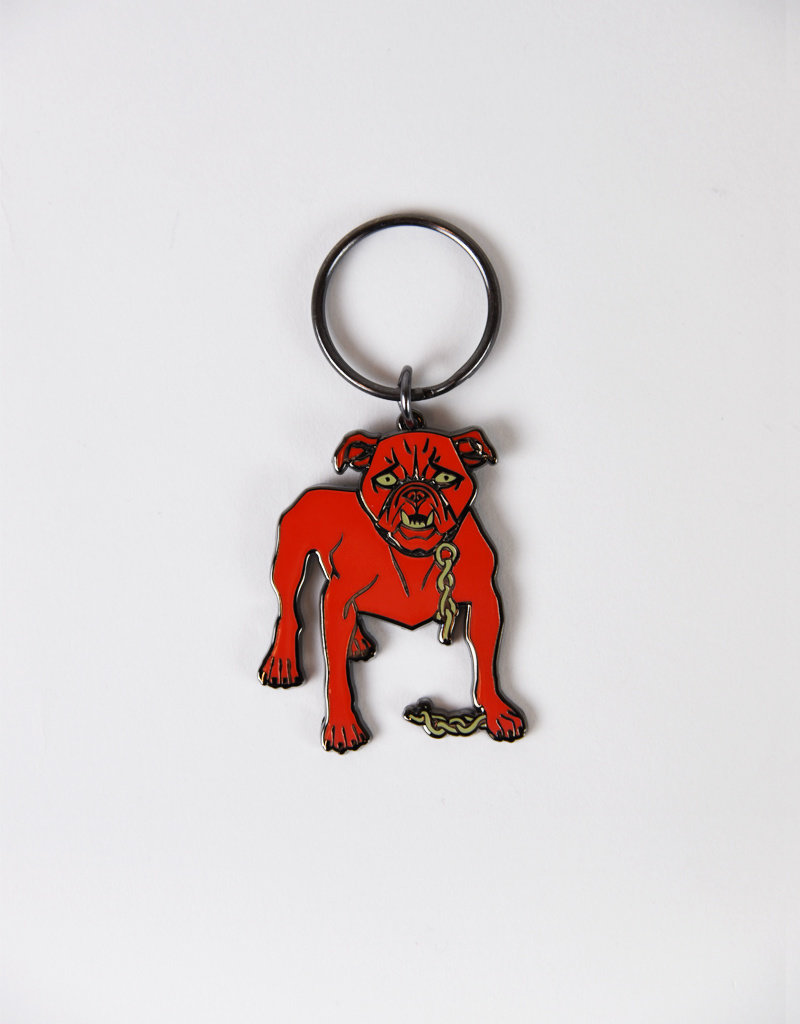 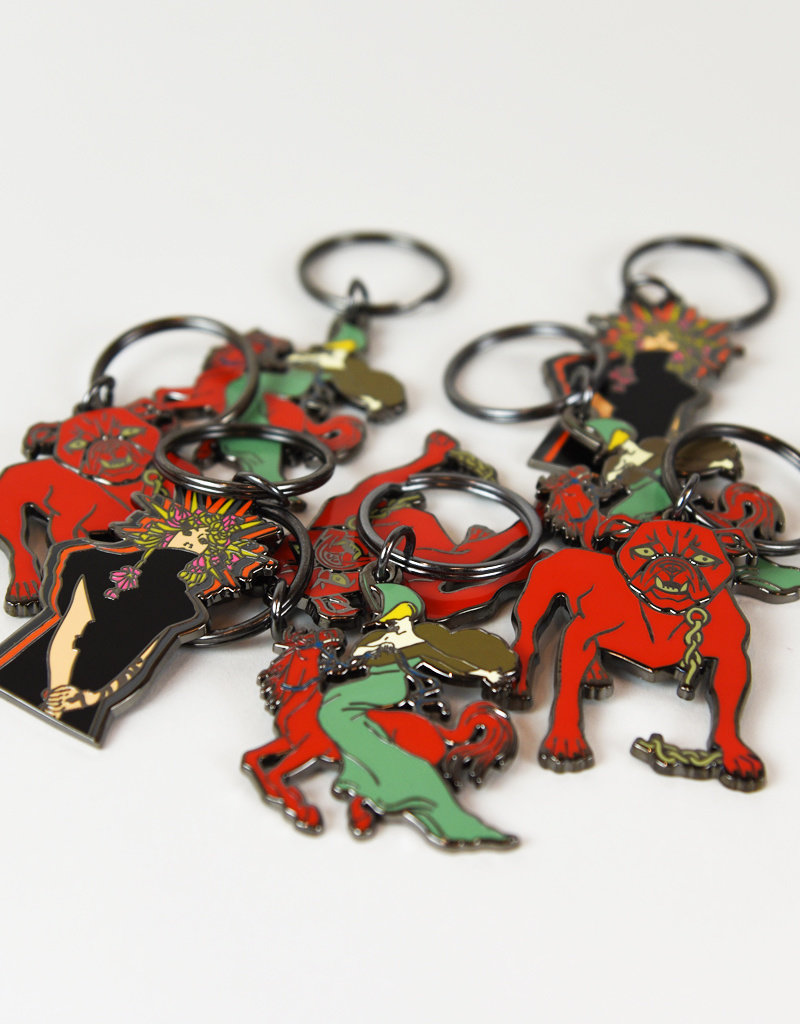 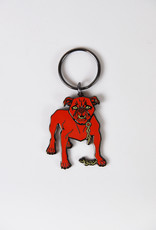 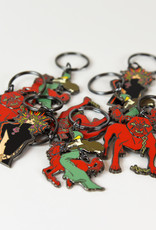 This enamel keychain features the bulldog mascot created by Thomas Theodor Heine for his 1897 poster advertising Simplicissimus magazine. Heine served as head illustrator at this satirical and combative magazine. He created the fierce bulldog, which became a trademark representing the magazine’s aggressive and unflinching critique of the state.

Heine (1867–1948) was a German painter and illustrator with an established career as a gifted caricaturist. He was one of the founding artists of Simplicissimus. While serving as the magazine’s head illustrator, his vehement critiques of the king and the church landed him a multimonth prison sentence. In the 1920s and ’30s he focused his criticism on the rise of National Socialism. This, along with his Jewish heritage, brought down the wrath of the Nazi state, and he was forced to flee Germany in 1933. He eventually arrived in Stockholm, where he lived until his death in 1948. 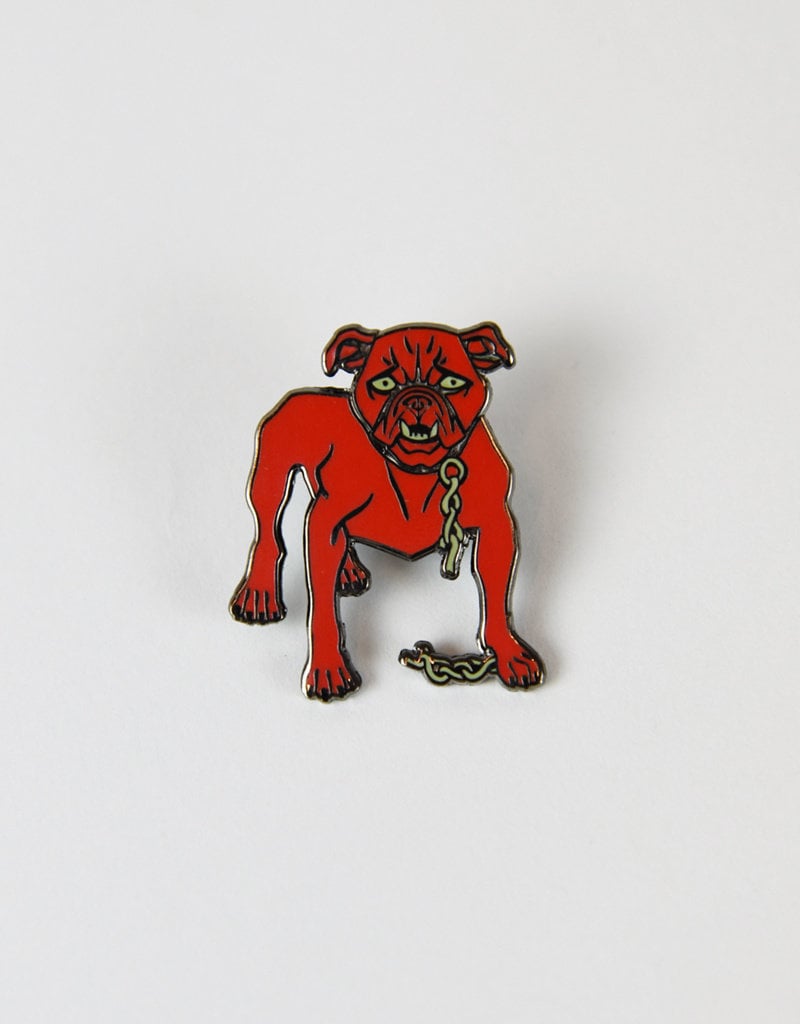 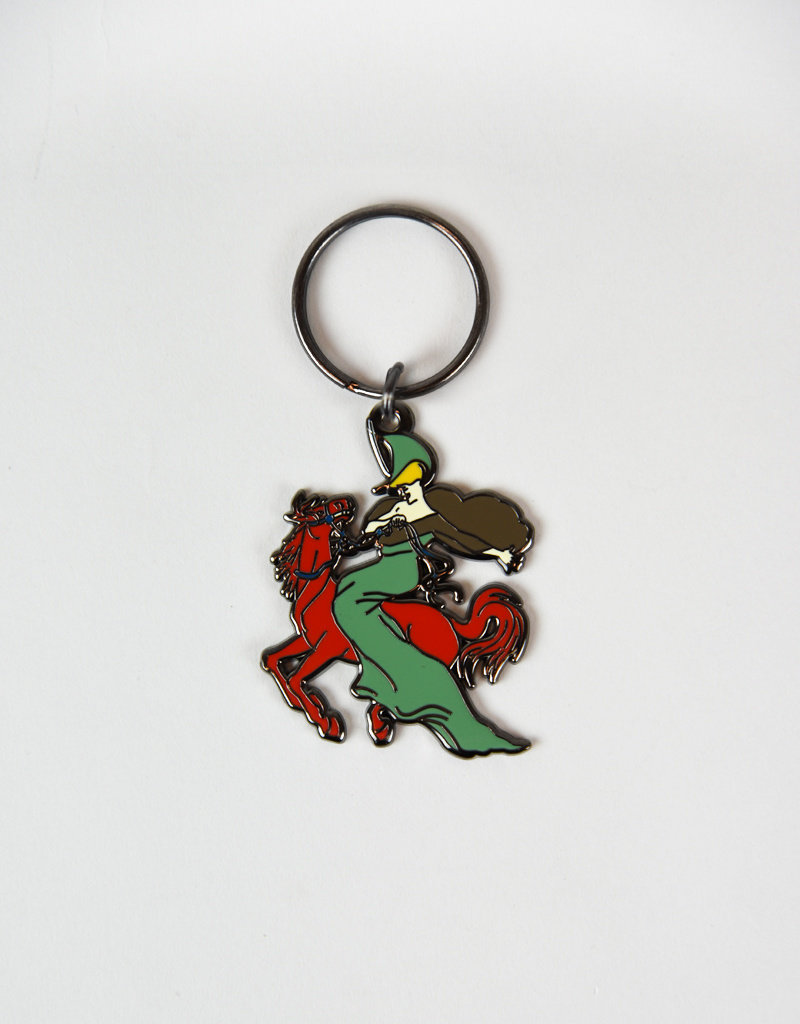