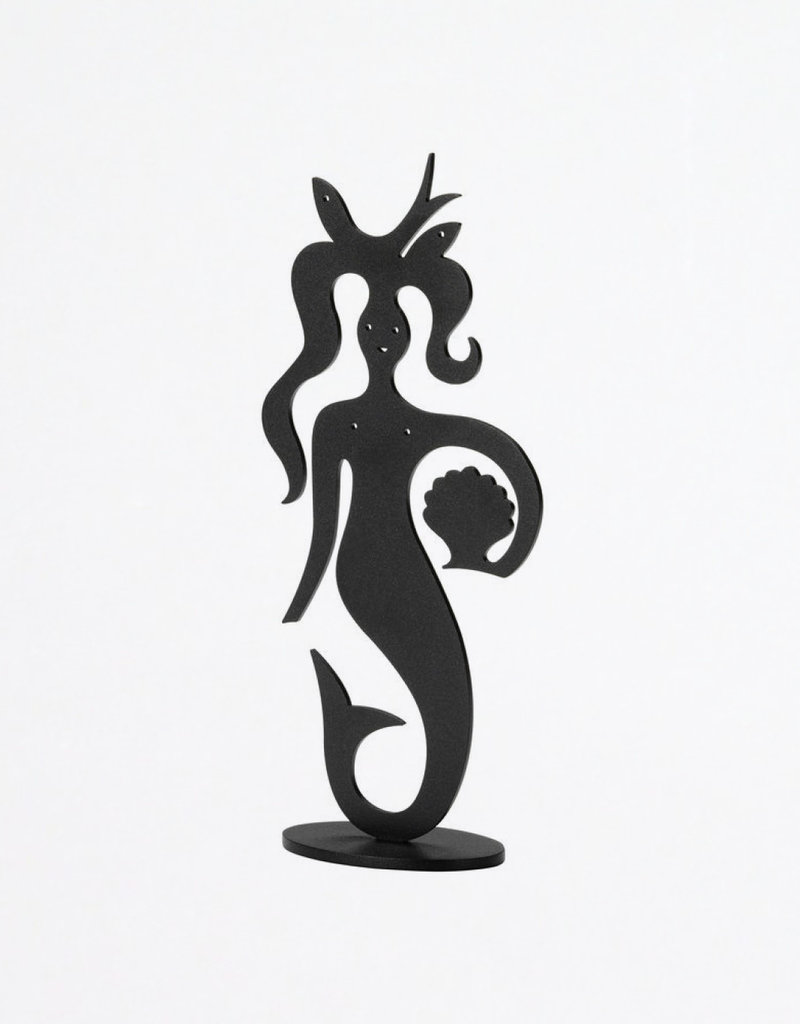 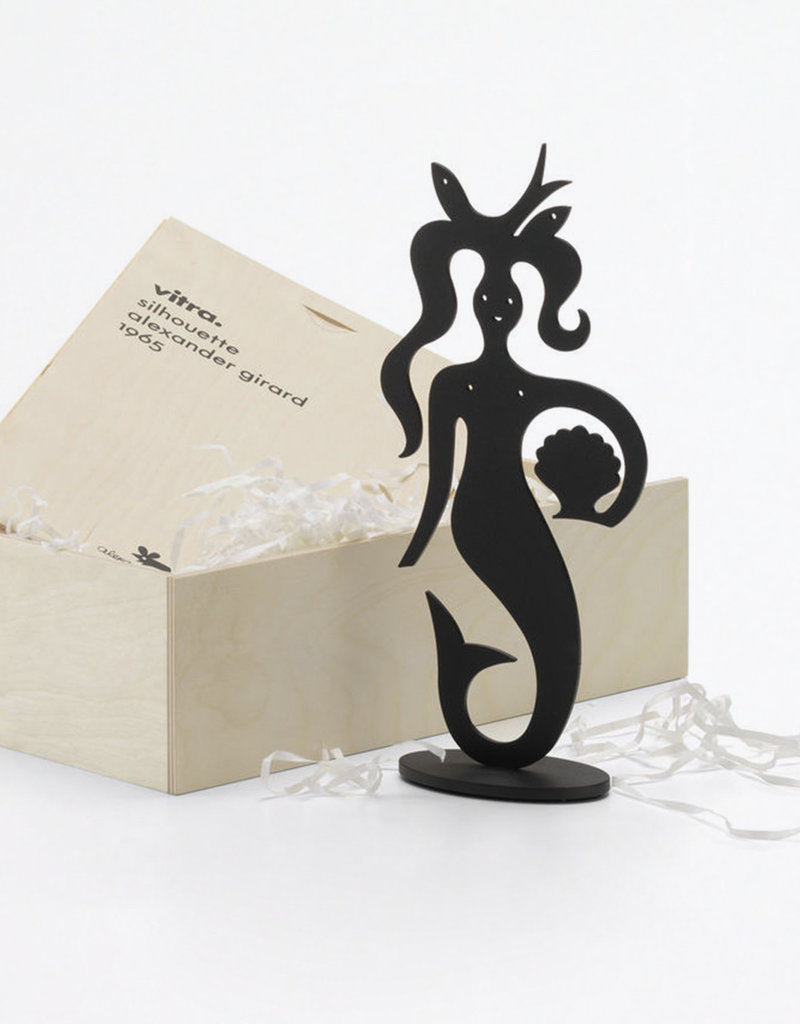 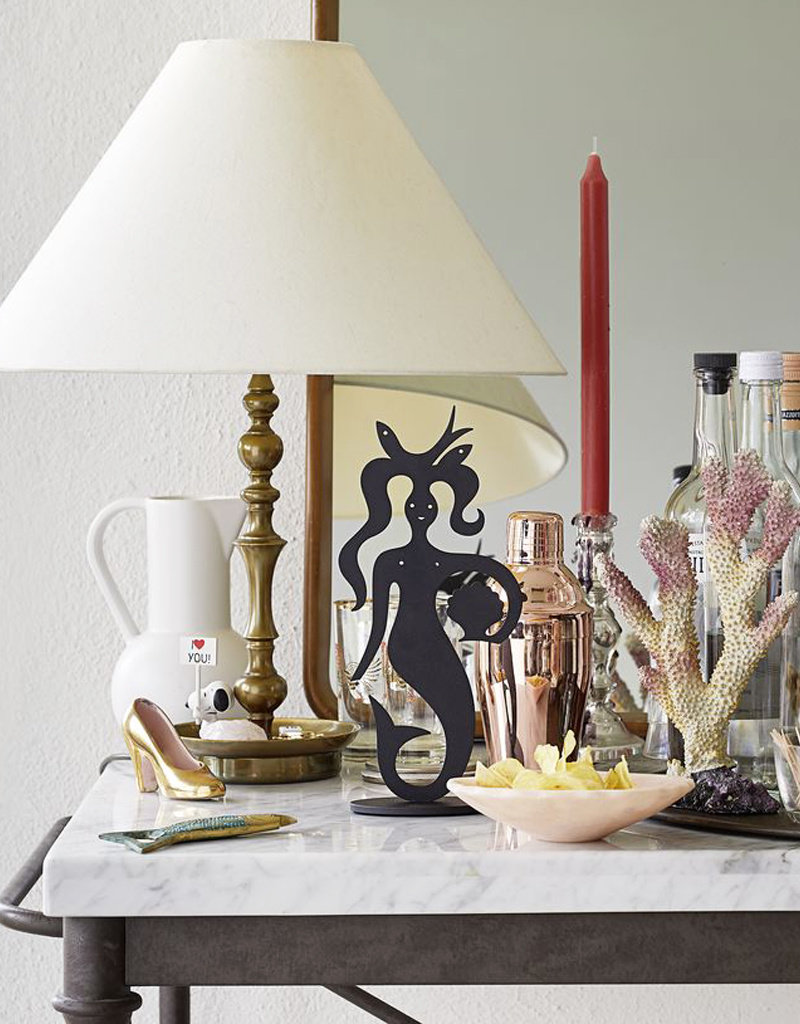 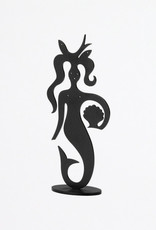 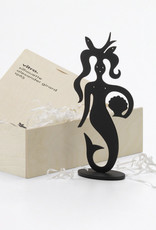 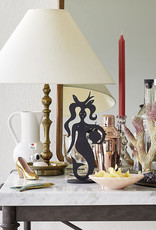 This metal wall decor is part of a series titled Silhouettes by Alexander Girard, made in 1965 as part of a commission to design the New York restaurant La Reserve. Though the restaurant sadly never opened, the plans and drawings for the Silhouettes were preserved in the Alexander Girard Collection held by Vitra Design Museum. These dancing metal figures were intended to add a bit of whimsy to the dining tables and the space between each dining guest, though they translate charmingly to any surface.

Alexander Girard (b. 1952) was an architect, interior designer, furniture designer, industrial designer, and a textile designer. He is noted for his work through the Herman Miller Textiles Division, particularly his textile designs for George Nelson and Charles and Ray Eames. His prolific collection of folk art, pop art, toys, textiles and artifacts from around the world can be seen at the Girard Foundation in Santa Fe.