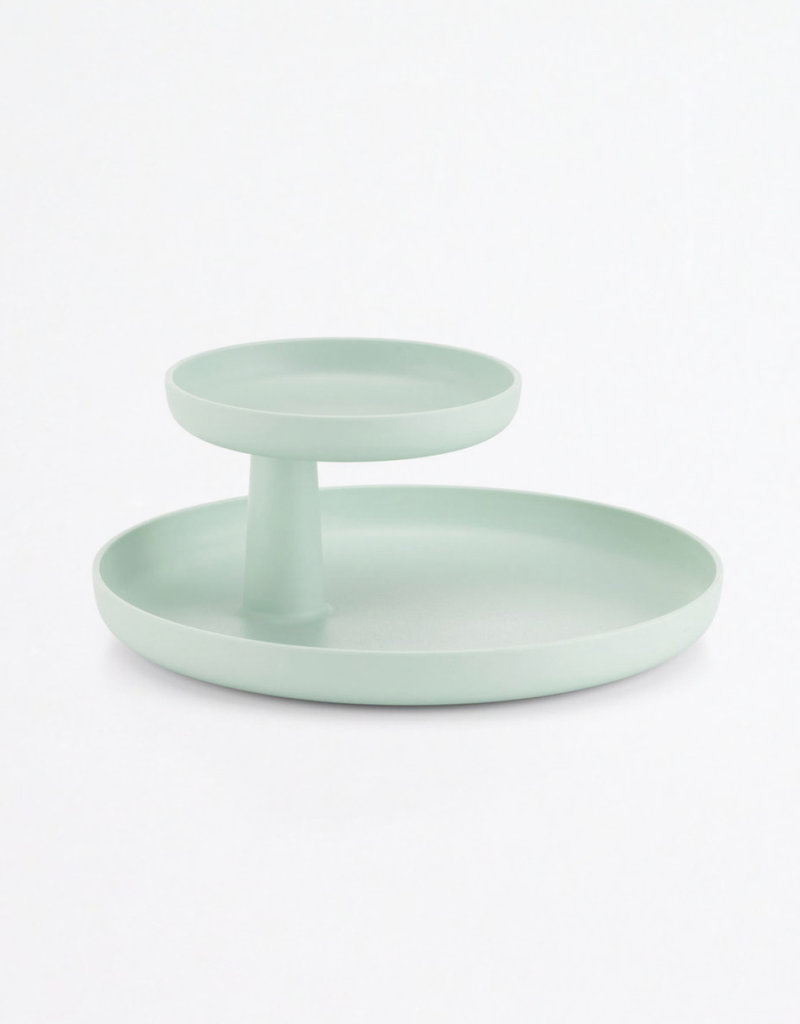 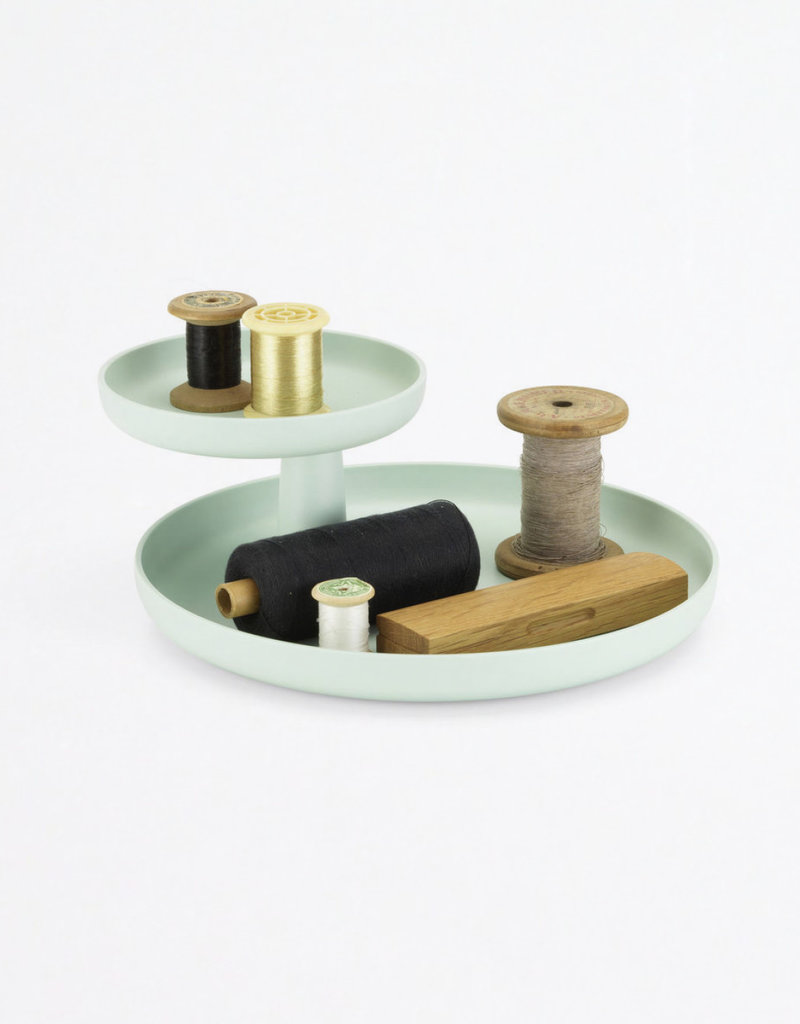 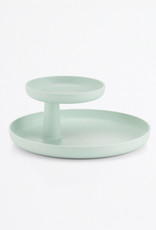 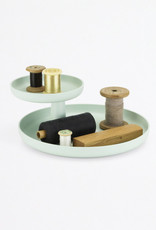 This two-tier tray designed in 2014 by Jasper Morrison features a rotating top tray and a stationary bottom tray. The style is characteristic of Morrison's super normal design philosophy, with simple shapes and muted coloring meant to highlight your carefully chosen items.

Jasper Morrison (b. 1959) lives and works in London and Tokyo. His designs are expressions of the ‘super normal’ design philosophy: rather than seeking unusual or extravagant results, he often breathes new life into proven solutions by means of reinterpretation, further development and refinement. He has worked with Vitra since 1989 and works alongside former students Konstantin Grcic, Hella Jongerius, Satyendra Pakhale and Ronan & Erwan Bouroullec to develop mass-produced products. Morrison was appointed Commander of the Order of the British Empire (CBE) in the 2020 Birthday Honours for services to design and has exhibited at Axis Gallery, Tokyo in 2006 with Super Normal and Grand-Hornu, Boussu, Belgium in 2015 with Thingness.