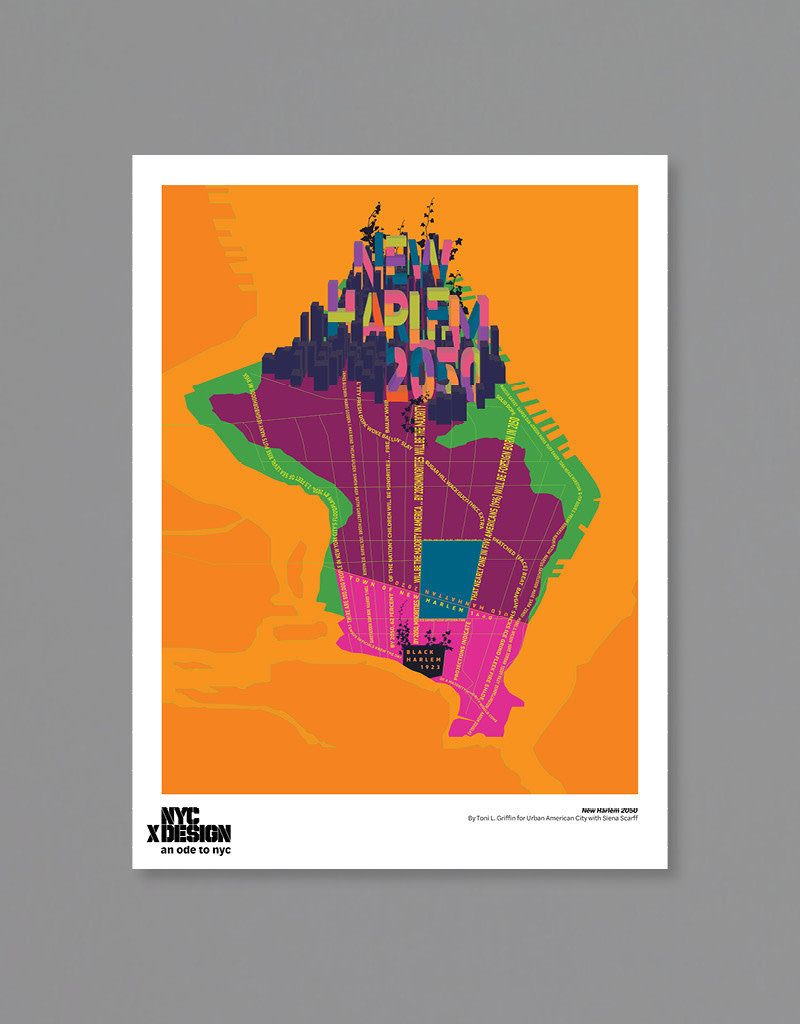 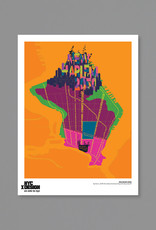 NYCxDESIGN's second An Ode to NYC poster campaign prompted designers to consider "Our Future City." These posters are featured in a city-wide exhibit and are available for sale exclusively at Poster House. A portion of the proceeds will be donated to Silicon Harlem, a local organization committed to promoting digital equity across the five boroughs.

New Harlem 2050 by Toni L. Griffin of Urban American City with Siena Scarff. From the designer: "Cities are dynamic, ever-changing places. Changing populations, environments, economies and cultures have always shaped New York City, but past narratives or influences of place are not always visible or understood. New Harlem 2050 acknowledges the origins of Black culture and its pervasive influence (black ivy) on the culture of the city (and the world), and amplifies the projections for how ethno-diversity and climate adaptation will transform the shape and culture of the city. Taking a view of the city from Harlem looking south, the founding of Harlem as a place in 1660, juxtaposed against the tight confinement of Black people in Harlem in 1923, is meant to reorient our knowledge of place when viewed from a different cultural perspective. Emanating from Harlem, through the streets of Manhattan, are the contributions of Black cultural language and Black creatives that have shaped, and now can be found throughout New York – from 125th Street to Fifth Avenue to Wall Street and beyond – celebrated, undervalued, appropriated and commodified. Also radiating from the genesis of American Black culture are the data predictions for how racial demographics shifts that will transform New York City into a majority/minority city, and the accelerating pace of climate change and its effect on the city’s urban edge. New Harlem 2050 implores New Yorkers to embrace a future city with an alternative ecological footprint and just multi-racial aesthetic commons."

We apologize but this poster is not eligible for promotional discounts due to an agreement with NYCxDESIGN.