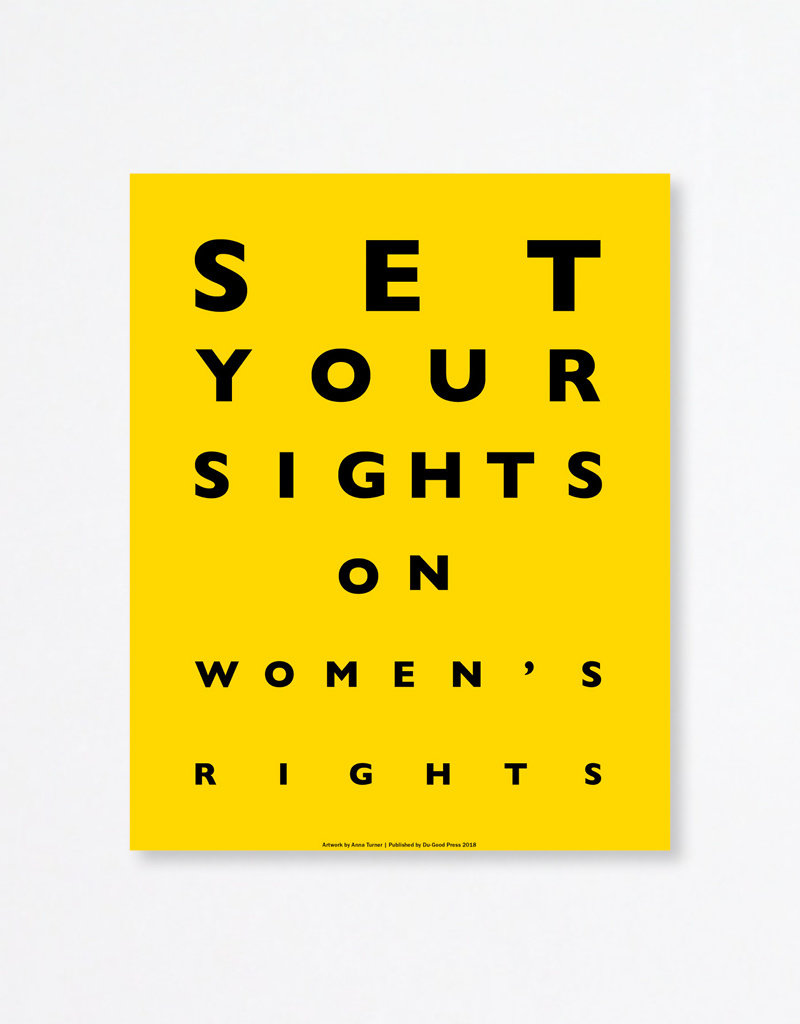 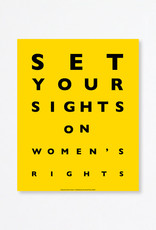 This poster, designed by Anna Hart Turner, mimics an eye test chart, a standardized way for people to test their vision. With the message, "Set your sights on women's rights" it calls upon the viewer to reflect on their vision for the future.

Anna Hart Turner is a mixed media artist who primarily works with hand embroidery and watercolor under the name Errant Hart.

The proceeds from this print will be donated to Bookfriends.