Whatever My Individual Desires Were To Be Poster

Home / Whatever My Individual Desires Were To Be Poster 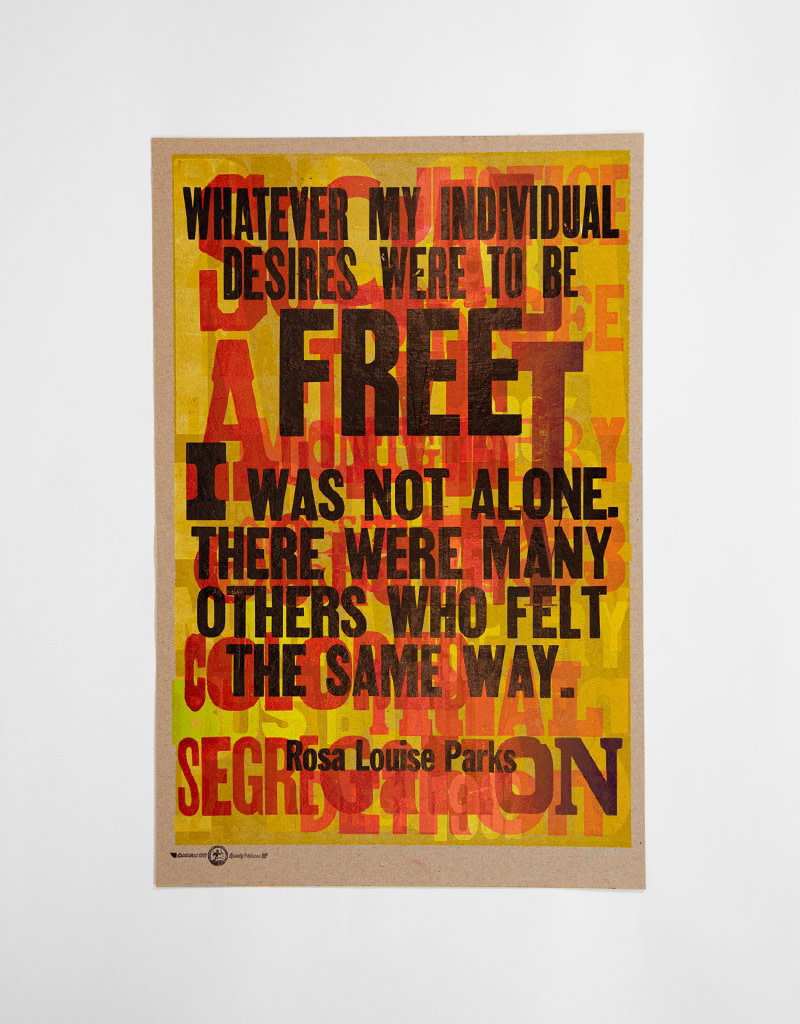 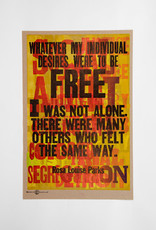 This one-of-a-kind poster was designed and letterpress printed by Amos Kennedy. The text on this poster in all capitals—”Whatever my individual desires were to be free, I was not alone. There were many others who felt the same way.”—communicates a quote by Rosa Louise Parks (1913-2005). Ms. Parks was a great African-American activist known for her refusal to give her bus seat to a white man in Montgomery, Alabama, which launched the Montgomery Bus Boycott. She was pivotal in the Civil Rights Movements during the mid-twentieth century and was often called "the mother of the Civil Rights Movement."