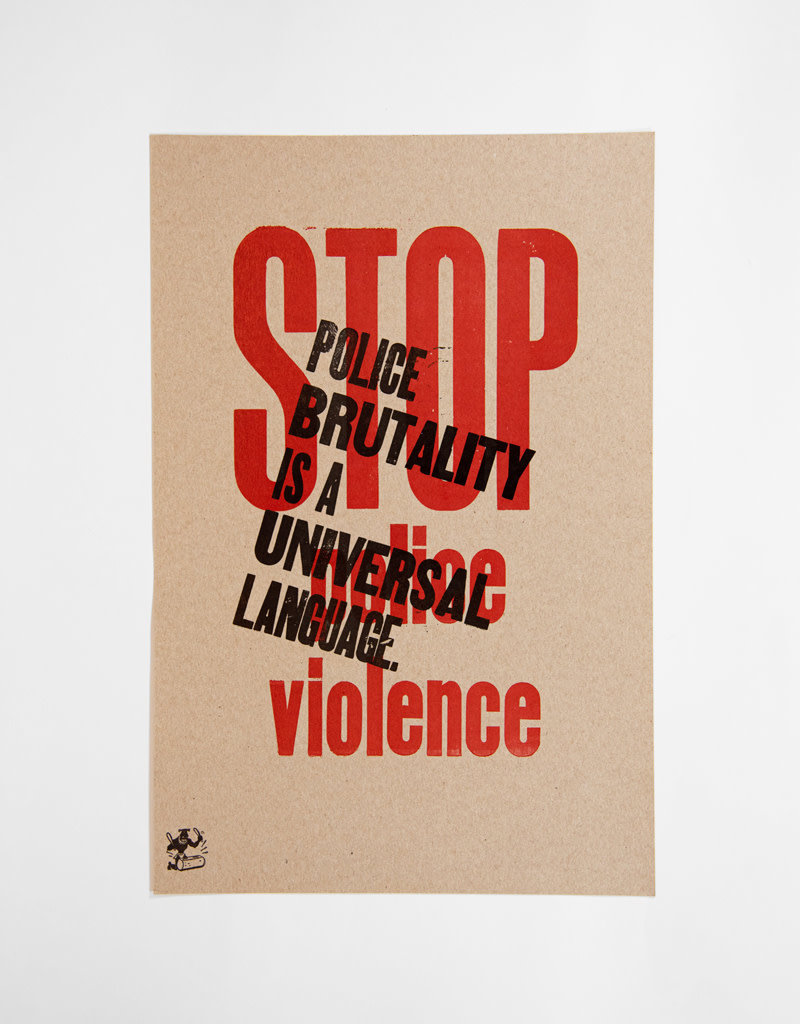 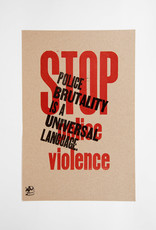 This one-of-a-kind poster was designed and hand letterpress printed by Amos Kennedy. In red and black, the texts of this poster communicate, “Police Brutality is a Universal Language” and “STOP police violence.” These messages, more relevant than ever today, display Kennedy’s overlaying of text technique in which two similar messages are being conveyed at once.