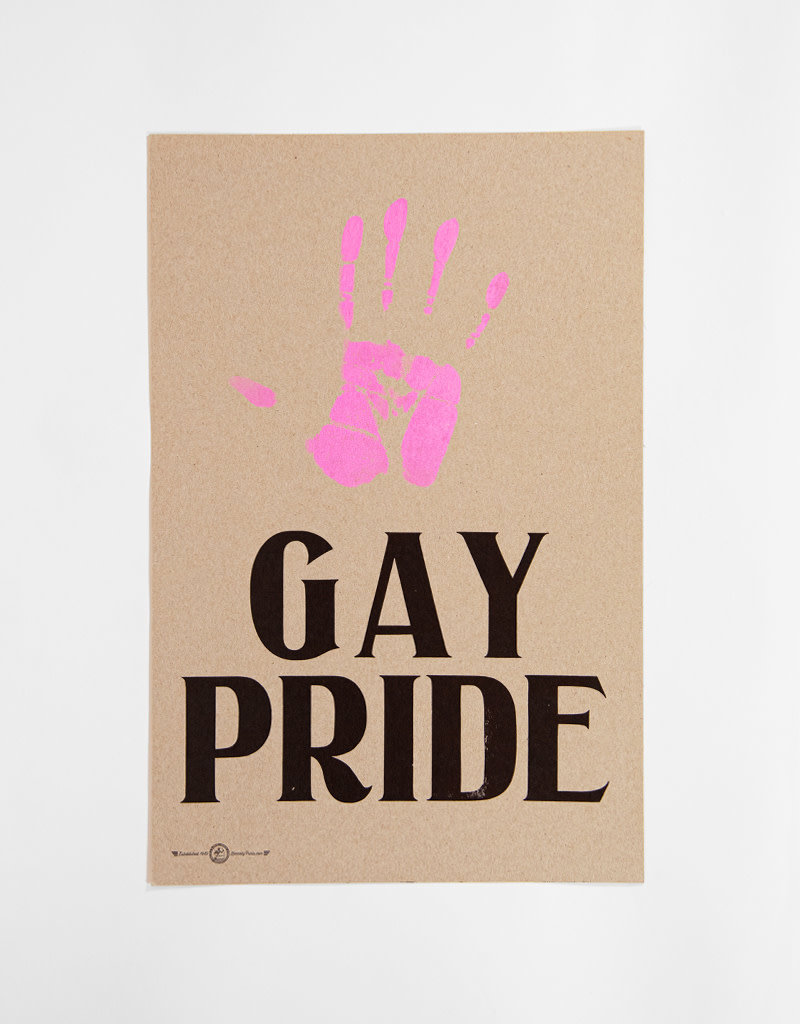 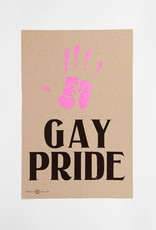 This one-of-a-kind poster was designed and letterpress printed by Amos Kennedy. Promoting a message of “Gay Pride”, Kennedy uses a single stark pink handprint as a symbol of the Gay Pride Movement. Though often purple, the symbol of the handprint originated from a 1969 protest held in front of the San Francisco Examiner offices in which Examiner employees poured a barrel of printer ink from the roof of the building onto the 60 activists below. This resulted in the writing of messages and purple hand-printing on buildings throughout downtown San Francisco.